After months of trying to transition off of cheese...I have found success. A week ago I asked the universe for a little assistance, and a few days later stumbled over a link to the documentary film EARTHLINGS. Although I have seen footage similar to this, I had never made the connection as fully as I did last week. I have been vegan for 1.5 weeks now, and plan to stay that way. I just can't participate in this madness any more. I want to thank the filmmaker for having the courage to produce this film. And thank you to the thousands who have viewed this film...this is an act of courage.

I will be increasing my activity on this blog, sharing how I've made the transition one of ease instead of feeling deprived. Recipes, stories, photos to come.

I urge you to please, watch this film, it's free to view online (viewer discretion is advised, not for young children, must be 18 or older to view via YouTube). If you can't view it at www.earthlings.com, then use this link for YouTube. It is about so much more than dietary evolution. It gives an amazing overview of how we as a species have developed a horrific hierarchy to the animal kingdom...one that used to be revered and respected as mystical and sacred.

Watch the film. All the way to the end. Keep your eyes open, do not turn away. If you think it is too hard to witness, imagine how it must have felt to be the animal. At the very least these animals deserve to have their suffering witnessed, so that their deaths and suffering can serve as a teacher to humankind.

Thank you for listening...and for opening your heart and mind to a more compassionate way of life, for all of Life.

May all Beings Live in Peace,
Marty
Posted by Marty Tribble

Yay Marty! Feels good to take that next step, doesn't it? Sometimes I slip up on being vegan. Then I look into the eyes of a cow... no different from looking into those of my dog, cat or any other friend. Peace! 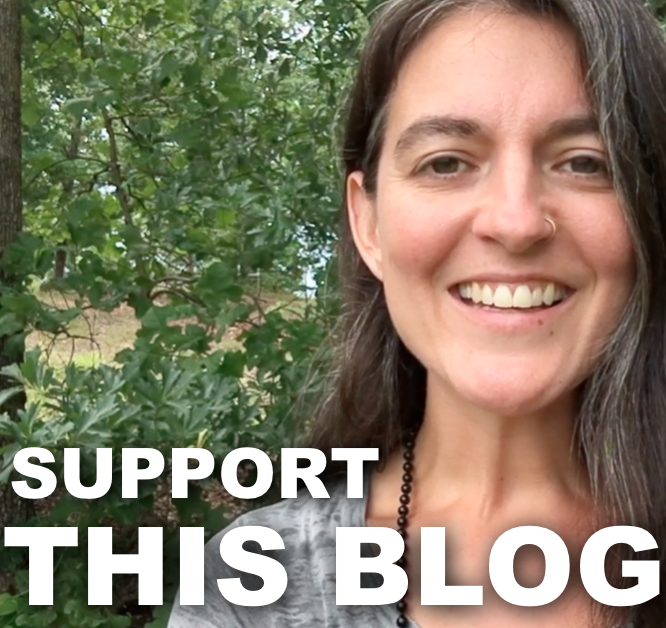 This blog is fueled by reader Love Offerings, click the photo above to make your own contribution of any amount. Thank you for your support, it means everything to the life of this blog!!!

Since my journey with yoga began over 15 years ago, I have made many lifestyle changes to bring more peace and balance into my life through practices like ahimsa (a Sanskrit term meaning non-violence). Choosing to take the idea of ahimsa seriously by going vegan has been one of the best choices I've ever made.
I chose veganism as part of my practice of ahimsa for several reasons. Primarily, it was a choice to no longer participate in the violence, rape, kidnapping, murder and theft that is required to raise animals for consumption. Doing deep research, including watching the documentary film Earthlings made it clear to me that there is no way to use animals to gratify our own purposes without hurting them in some way. I also did research on how what we put on our fork effects our personal health and the health of the planet, and I couldn't in good conscience continue to live a non-vegan lifestyle. The personal benefits of my choice have included a deep sense of peace and contentment, better health and vitality, a clear mind and balanced emotions. The challenge of changing my lifestyle (like learning to cook differently) has been insignificant compared to the rewards I've experienced, and the fact that the food tastes SO much better is just icing on the (vegan) cake!
Thank you for being here. I invite you to enjoy the recipes and resources you find on my blog, and know that whether you're vegan or not, you're sure to find something to love.
If you have questions, please visit my main website and contact me!
Namaste,
Marty Tribble
www.martytribble.com 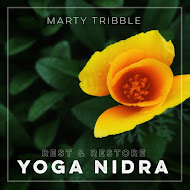